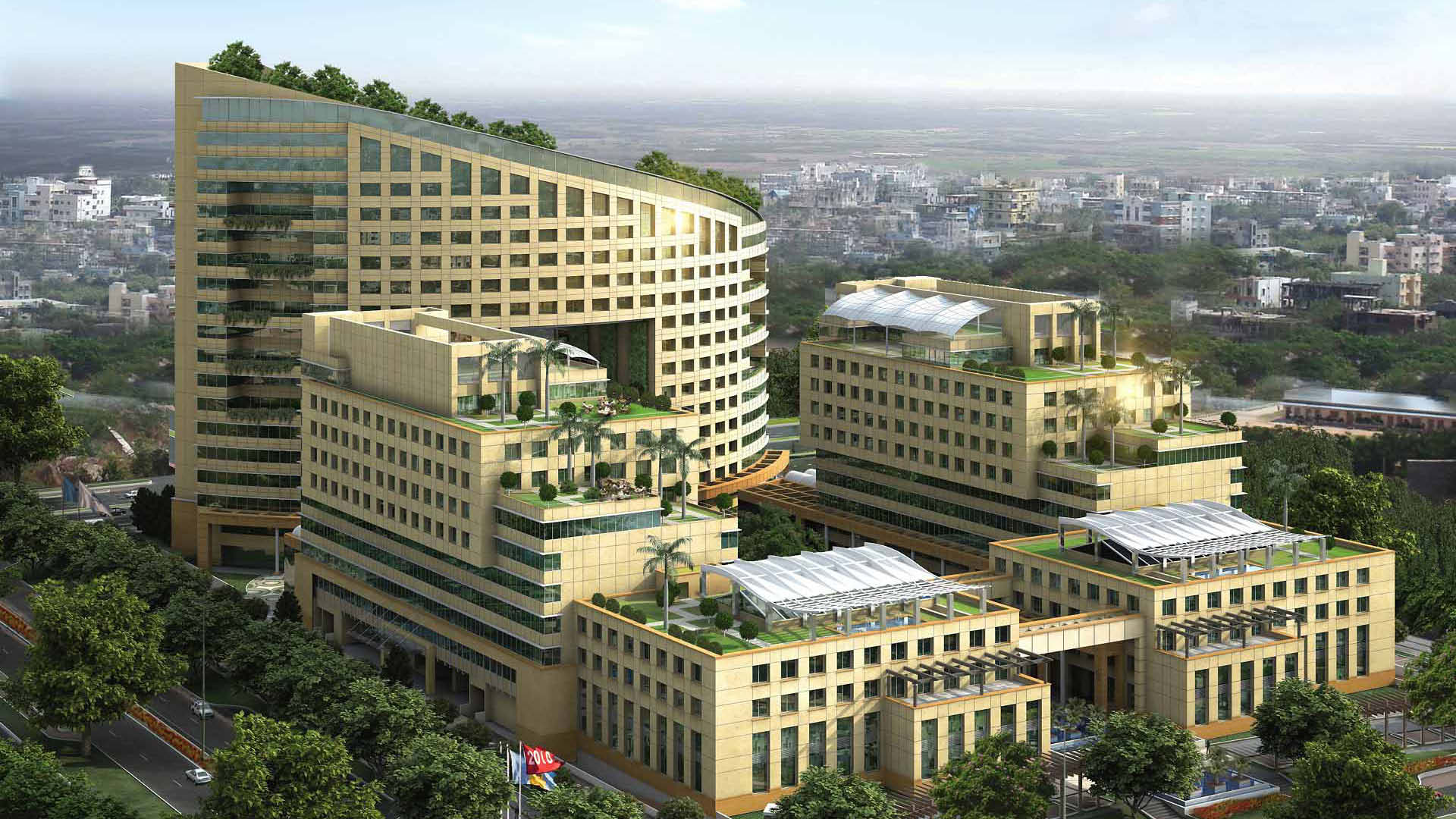 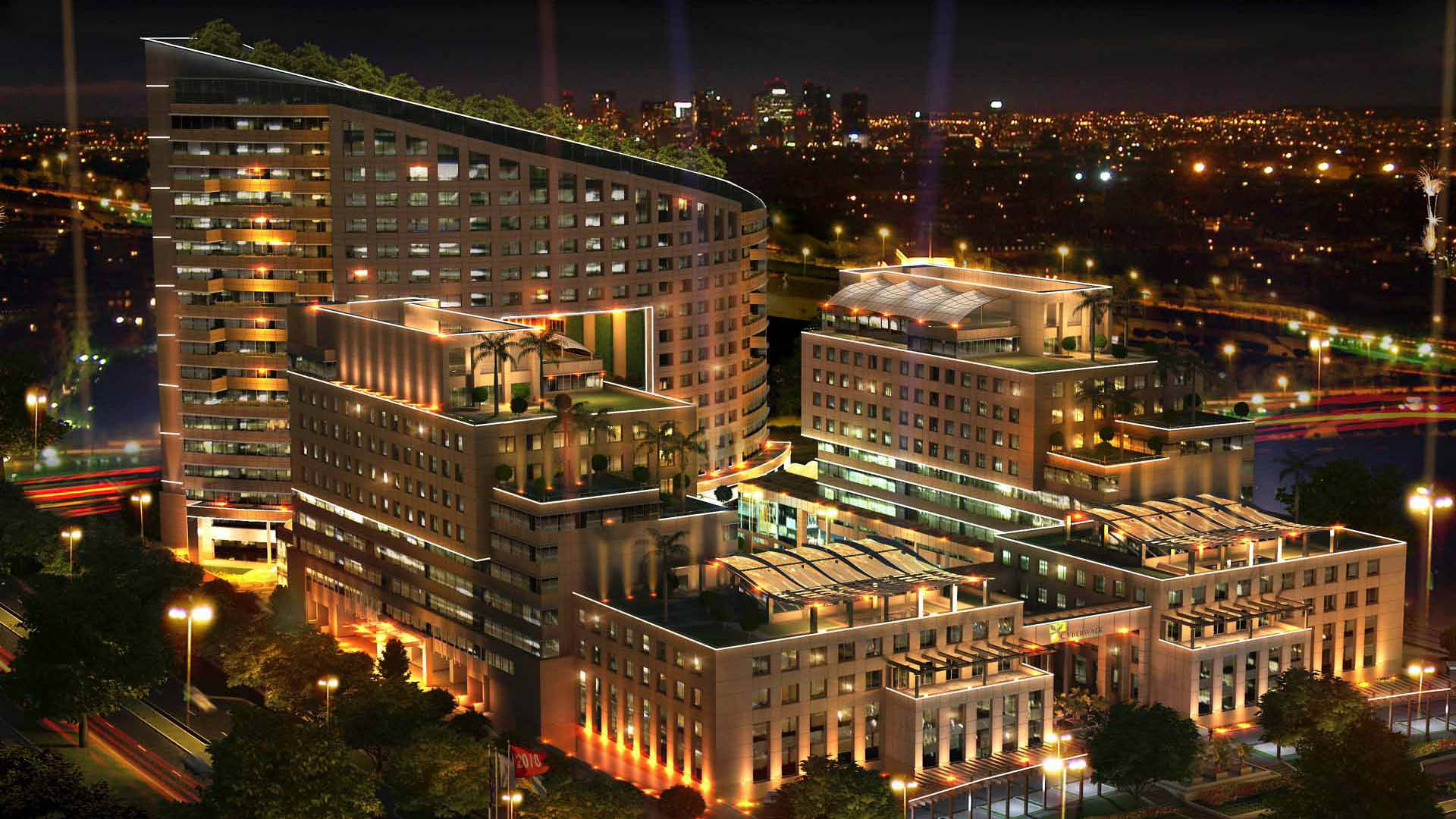 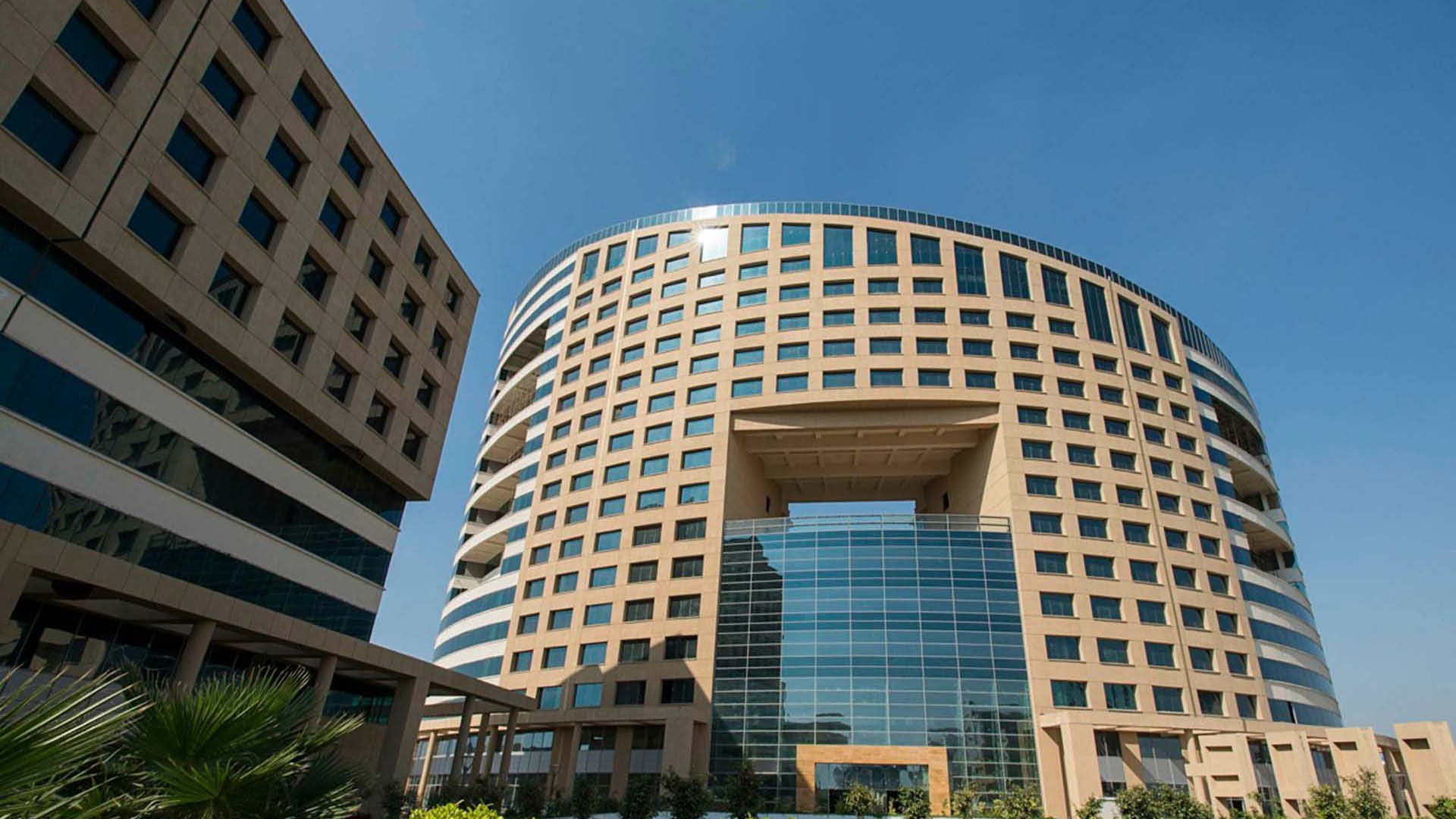 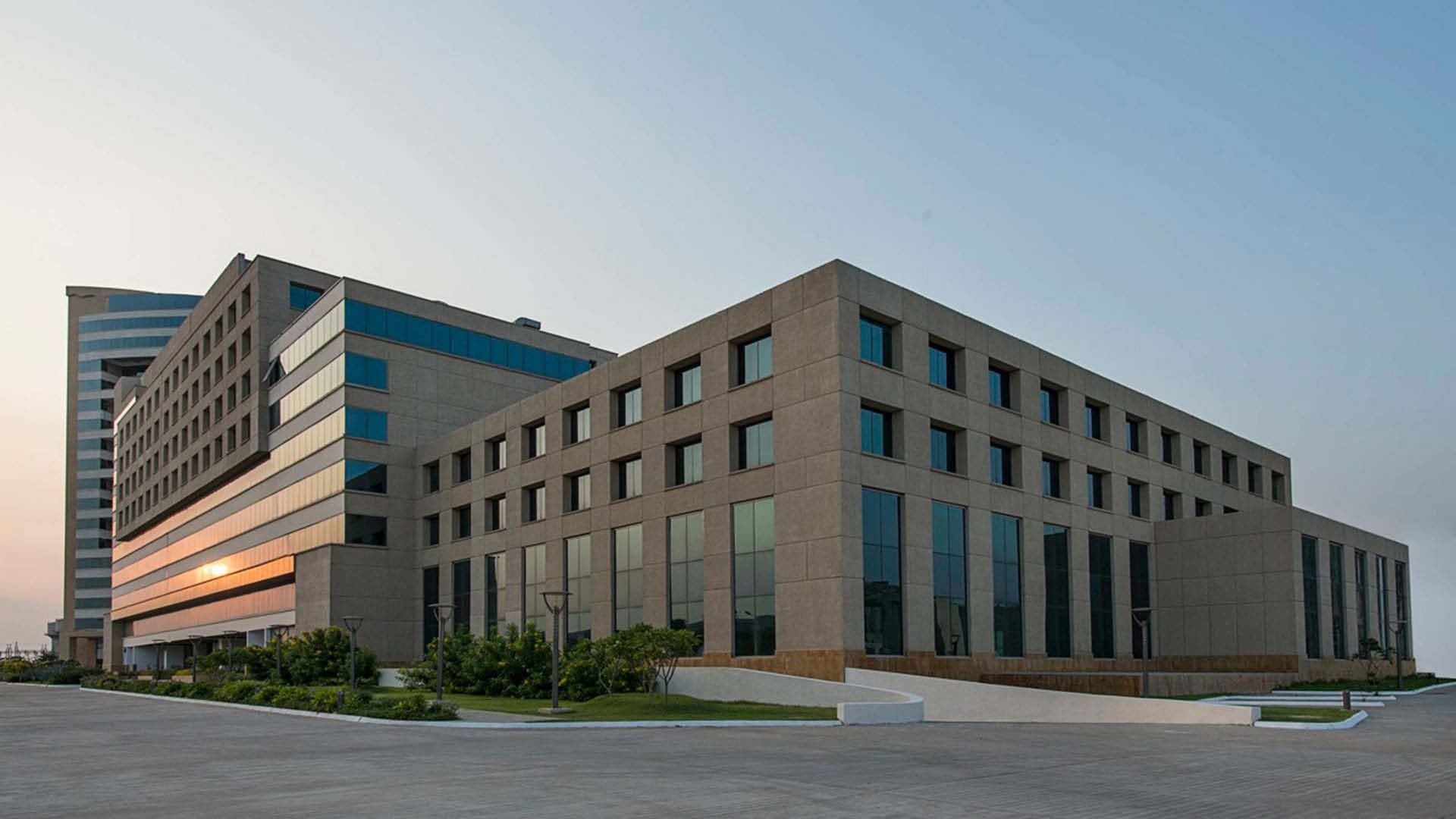 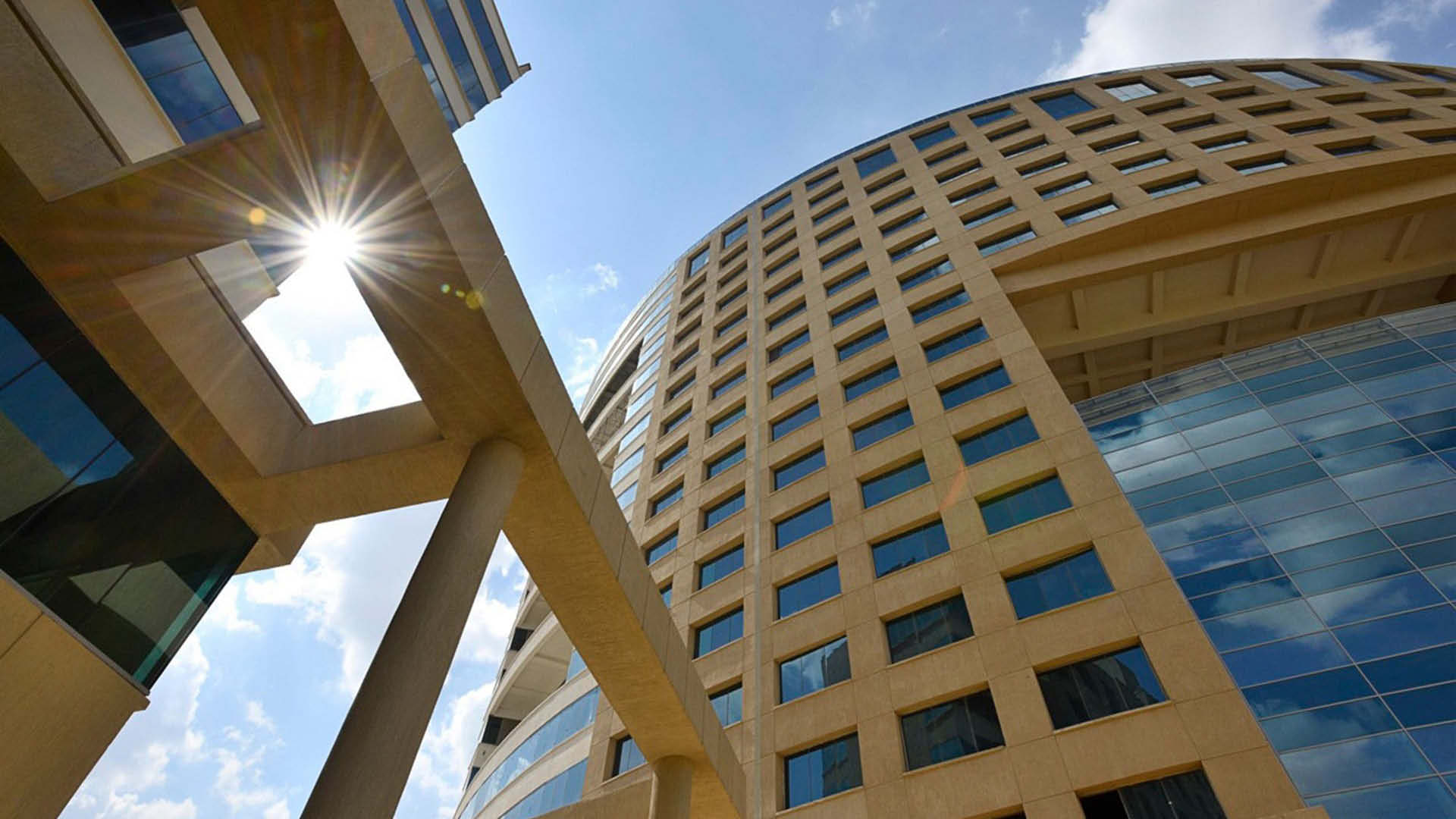 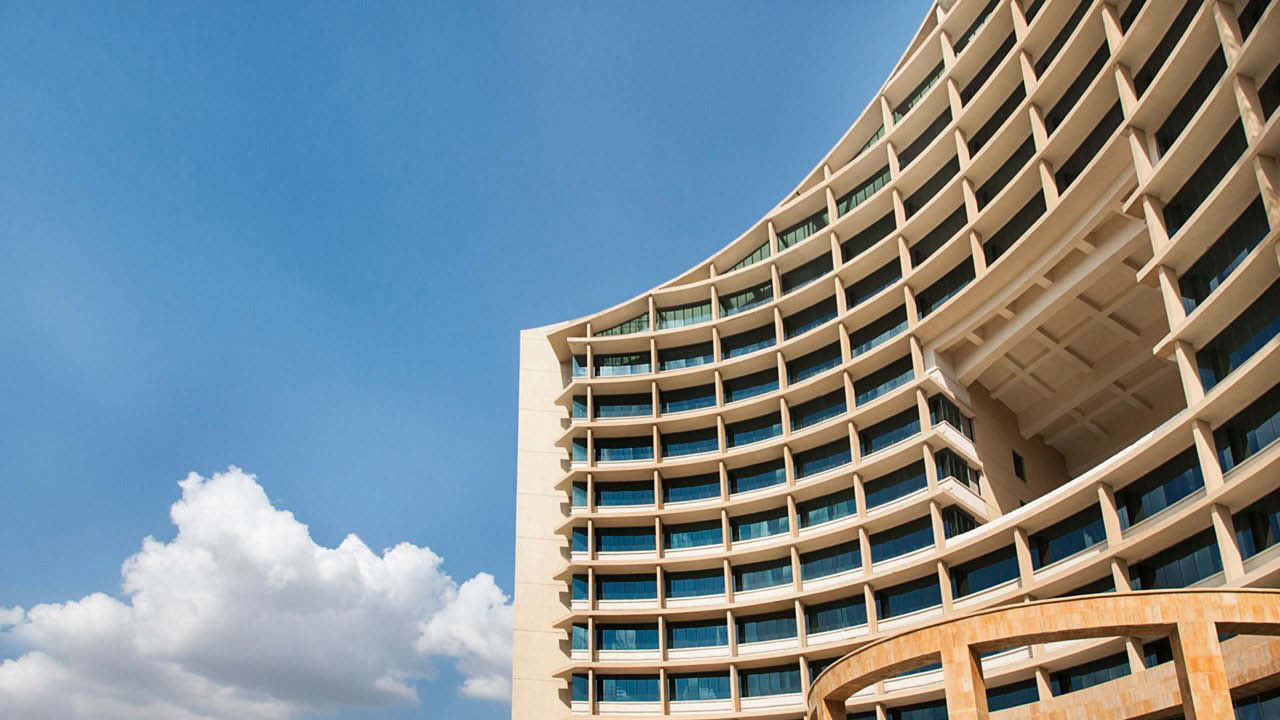 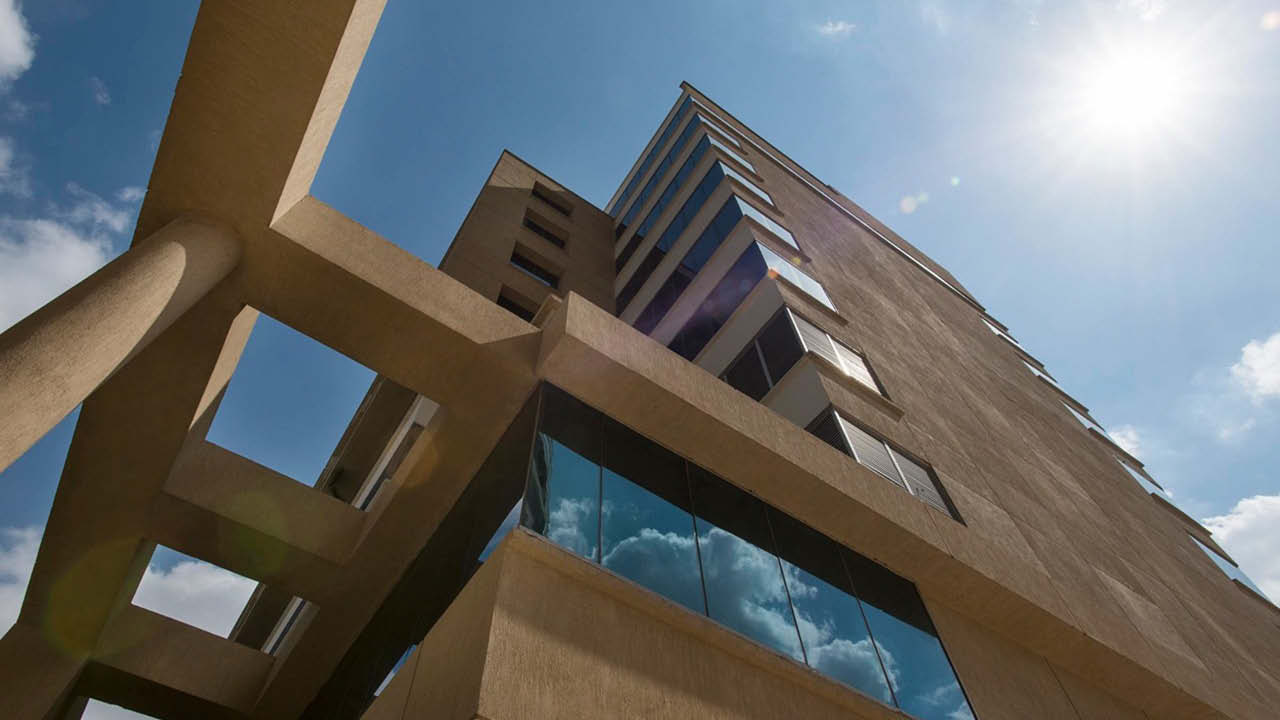 The modern day office epitomizes this notion of sanitized climate-controlled environments. In the quest for space efficiency, it has been reduced to a cubicle form. Rejuvenating workspaces have been sacrificed at the altar of space efficiency!
Cyberwalk is an attempt to revitalize that connect with nature. The result is a 1.7 million square feet LEED’s Gold rated building; the first one in Manesar, Haryana.
We chose to use passive methods of green architecture and married them with ‘Vaastu’ – ancient Indian principles of designing with nature.
This information technology park site is 10 acres and is part of a 150-acre masterplan comprising of 12 plots of 10 acres each and a 20-acre central park. The plots are arranged around the periphery of the park, and the roads form a swastika pattern.
We chose to integrate IT workspace, residential space, commercial space, and recreational space into a unique interconnecting plan as opposed to having segregated zones.
Since Delhi sits on 28.6° N, the Sun tilts towards South and South West and West receive the harshest Sun. By placing the tallest tower in South West and West, we had managed to shade all the smaller blocks and also created shaded terraces with a view of the Eastern green. The central green within site too became an oasis for people to hang out. The retail spaces, food courts and café’s along the central green made it the hub of rejuvenation. The central green also has a sizeable sunken court that illuminates the three large basements underneath that park over 2200 cars. 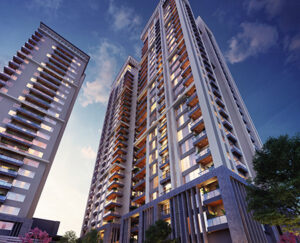 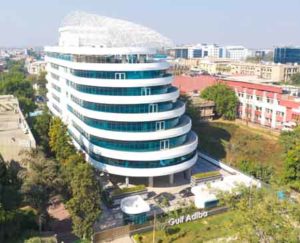 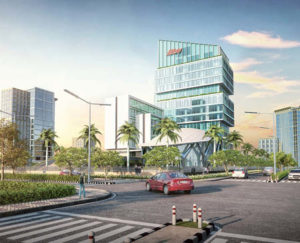