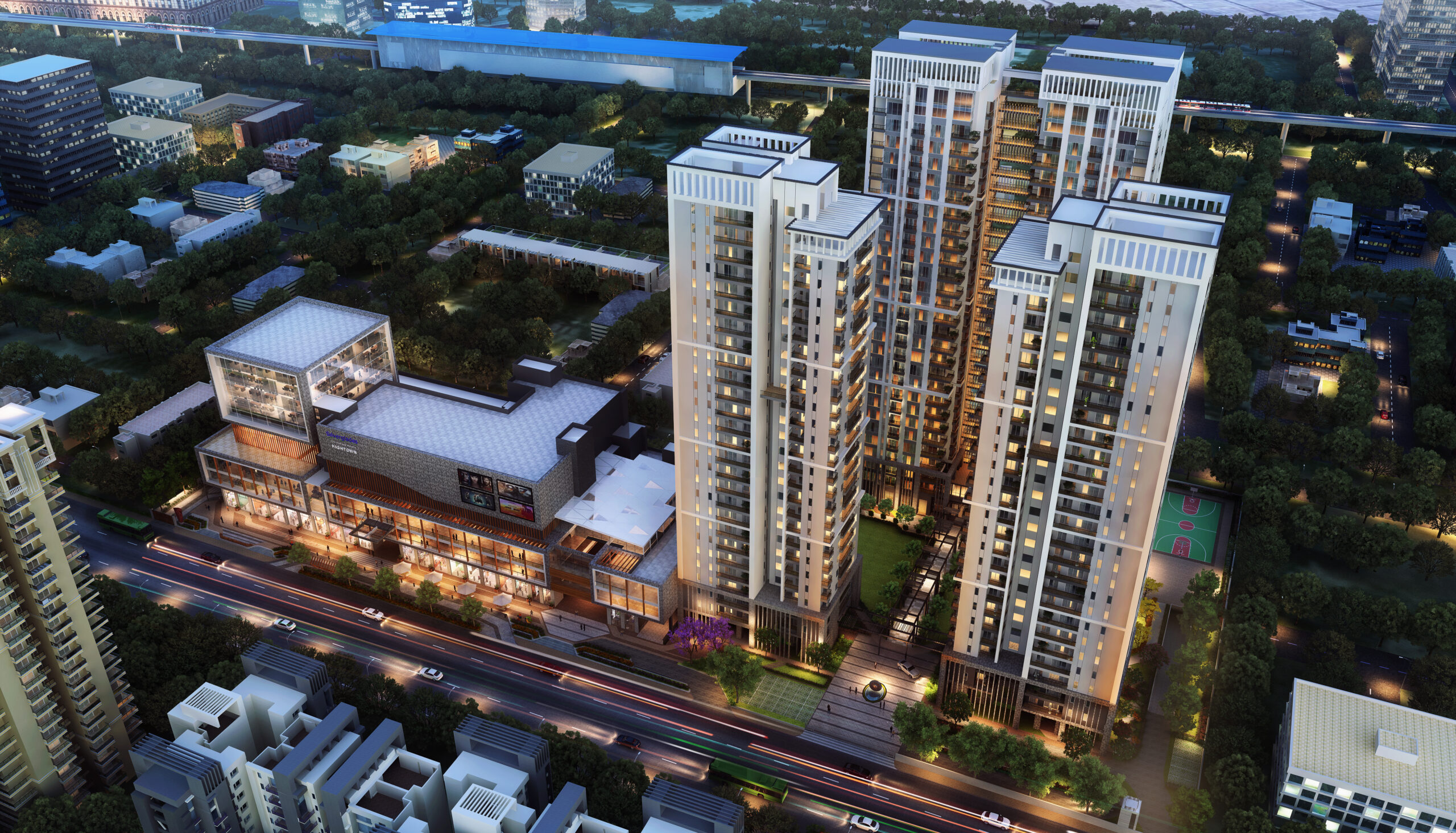 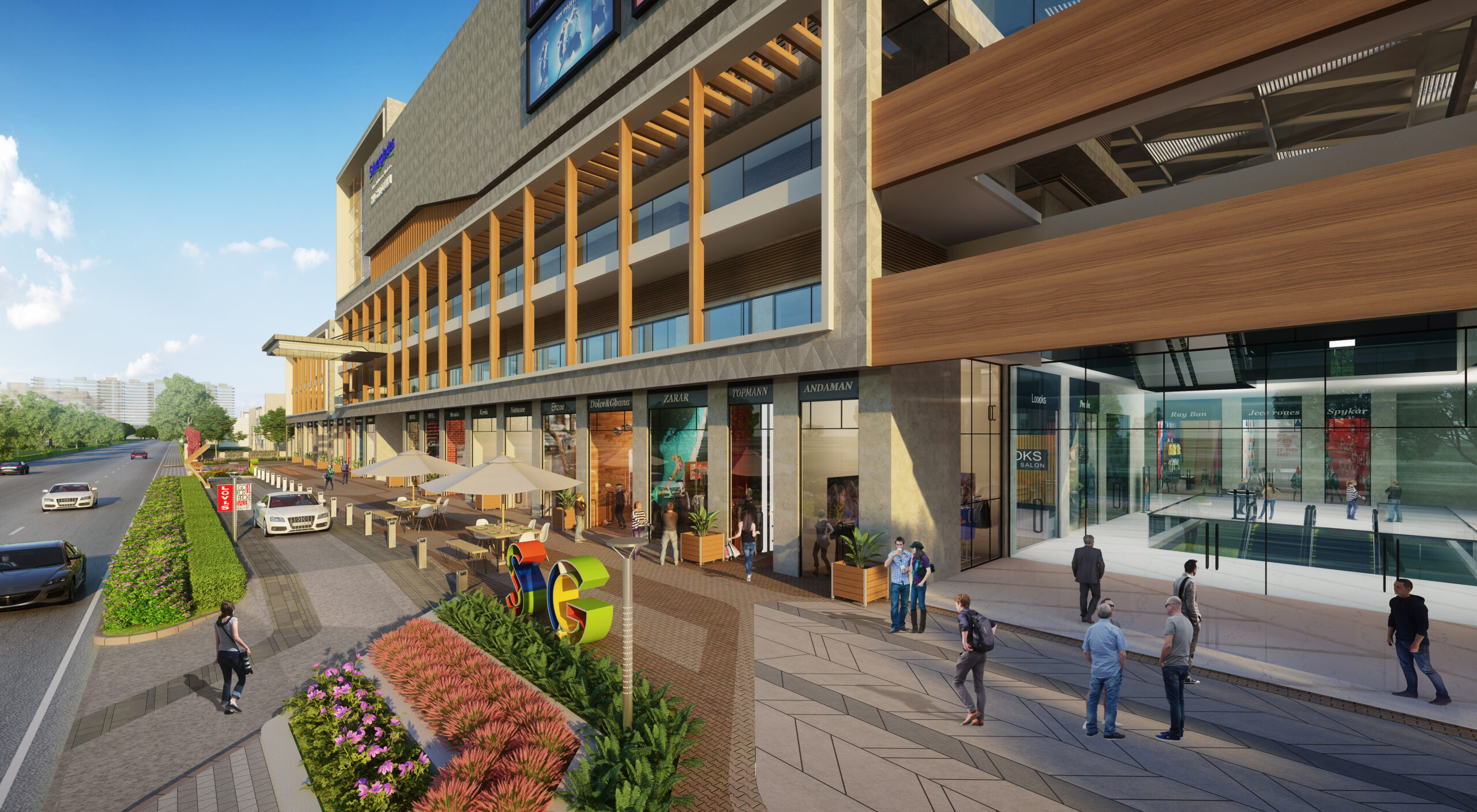 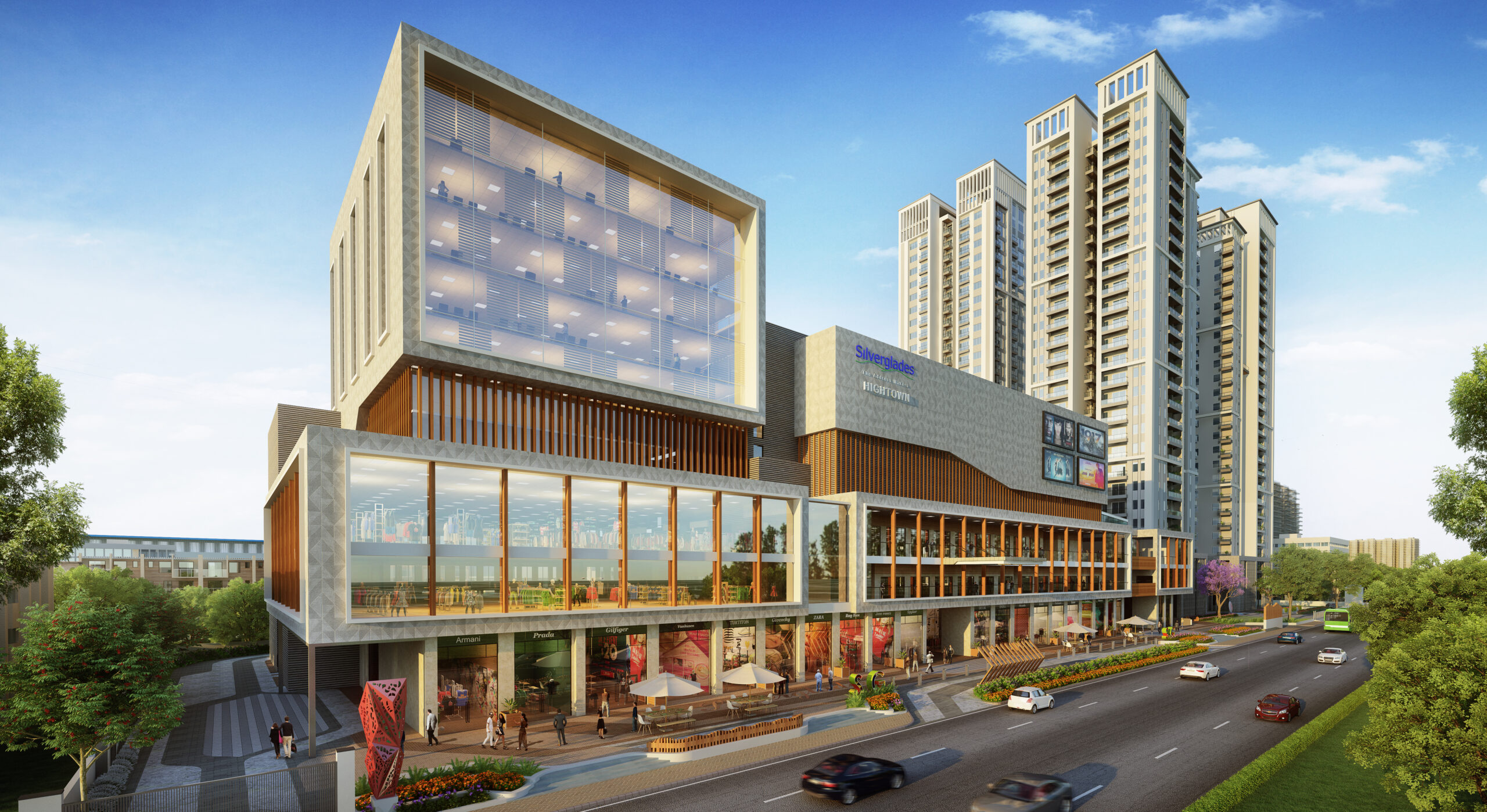 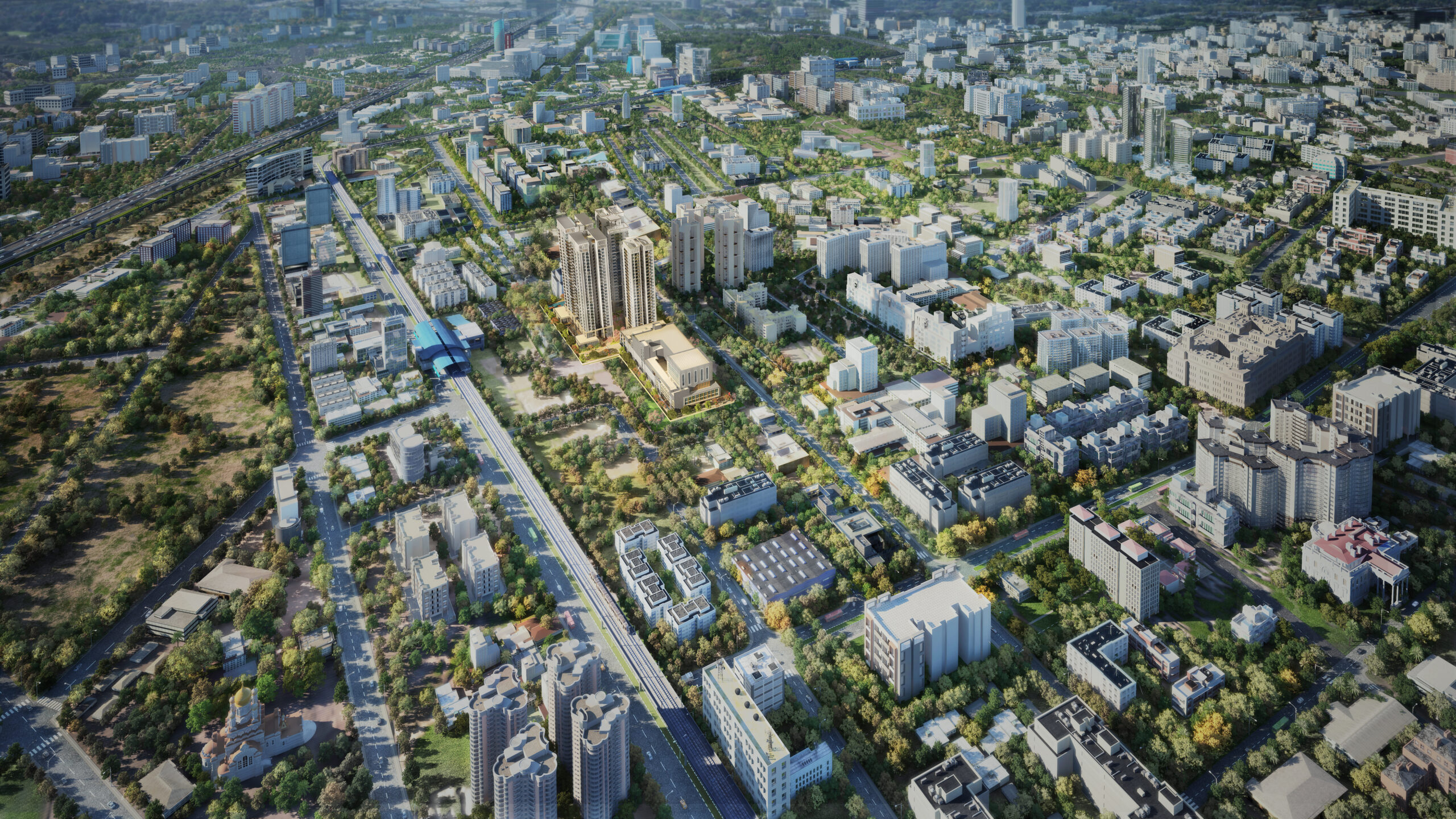 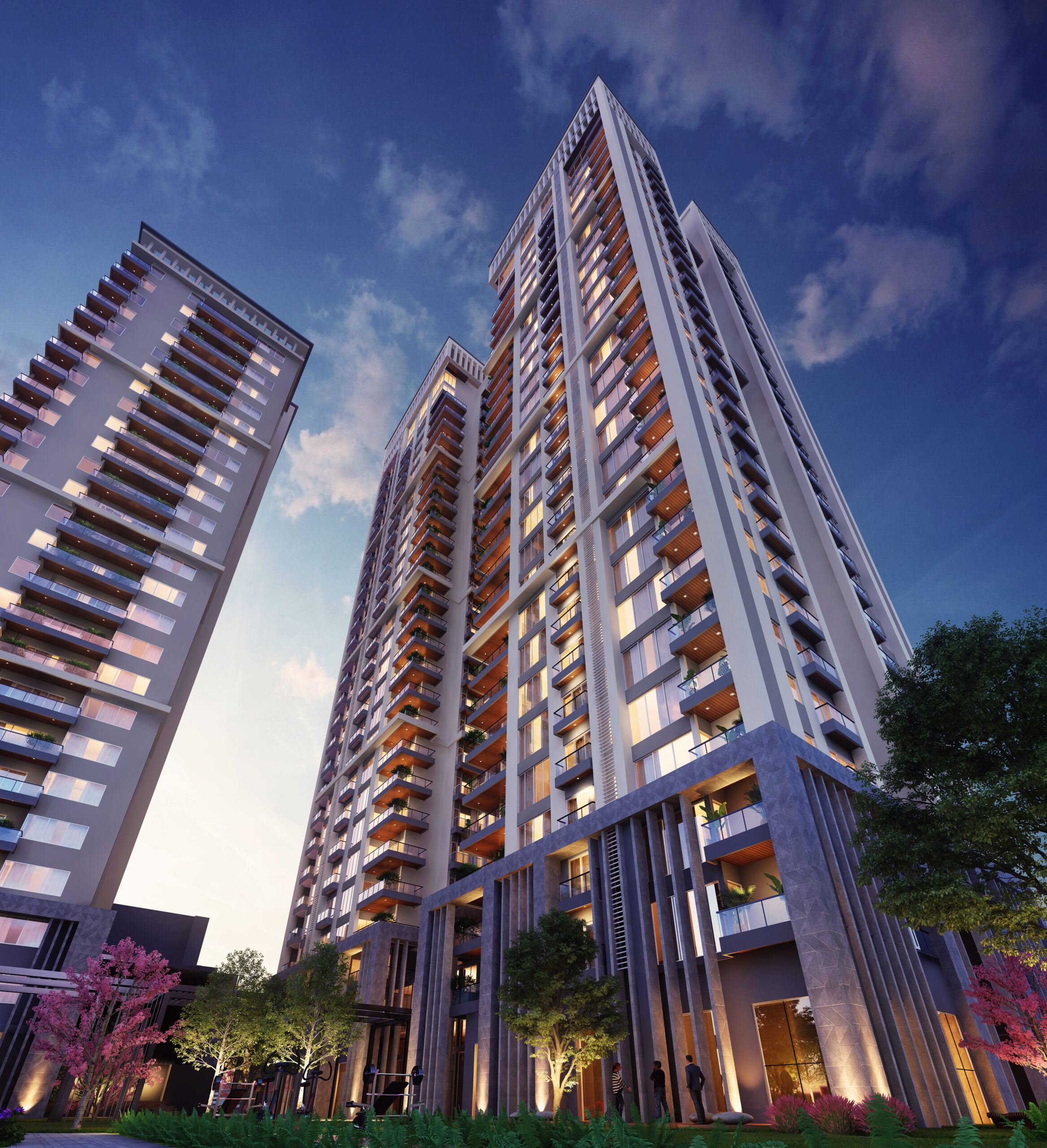 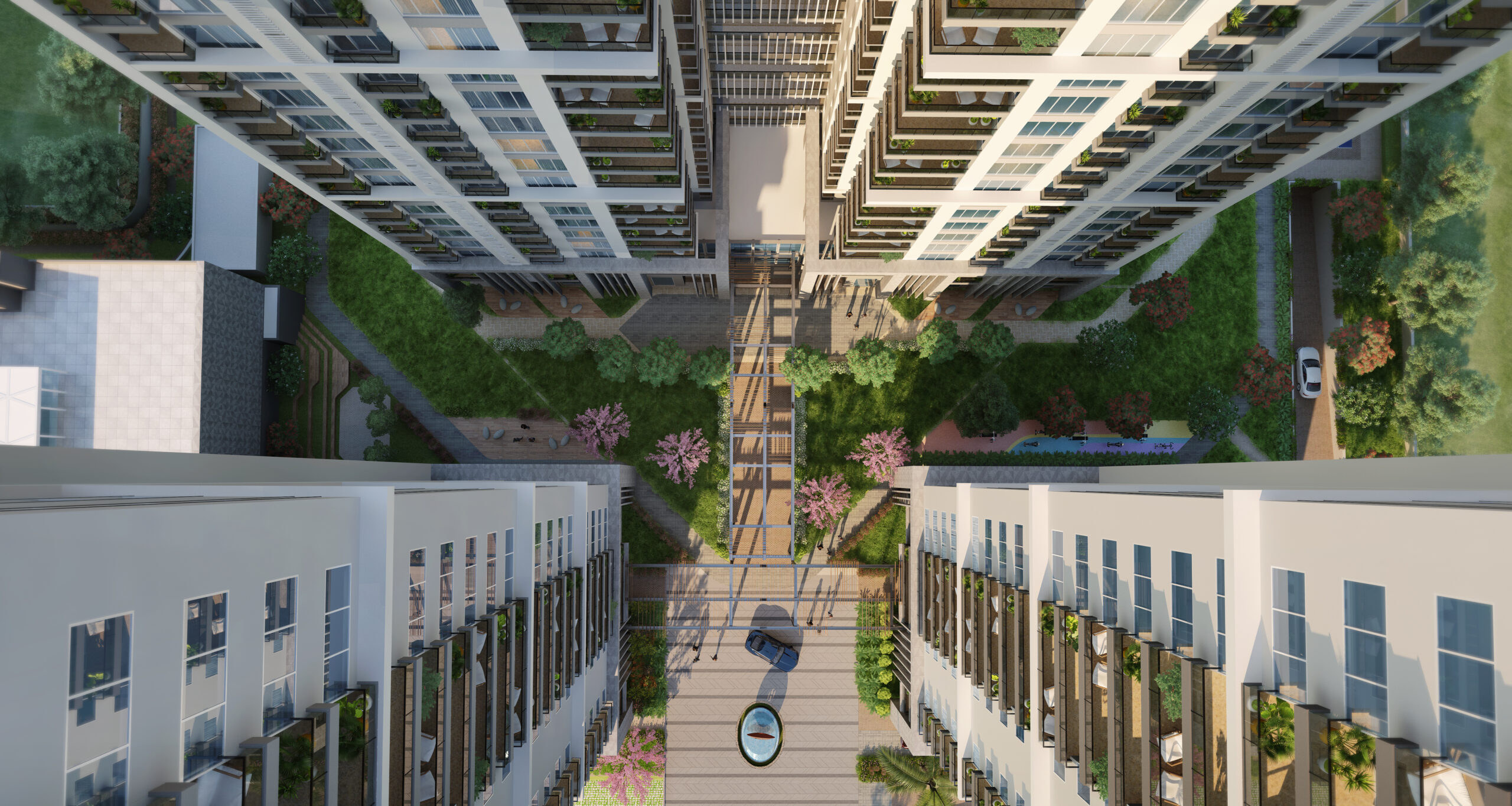 Located in the urban epicentre of Gurugram, Silverglades Hightown is a mixed-use development that establishes an equilibrium amidst varied functions along with an array of amenities. The 4.48-acre site has been designed with a keen eye for functional detail – an approach wherein the built forms and the surrounding greenery live in absolute conjunction. Undertaken in the year 2019, the Silverglades development and design strategy celebrate the idea of ‘landmark living’.
The development shares its contextual presence with ITC Laburnum, MG Road, a 500-metre distance from the nodal IFFCO Chowk metro station and the affluent Sector-29 neighbourhood. The impetus that leads the project’s development is along the lines of intrinsic detail-orientation and conscious space-utilization.
The geometry of the site in its primordial form is composed of a square-form patch accompanied by an elongated strip of land, abutting the neighbouring arterial roads. The perimeter of the site and the area enclosed within, dictated the core zoning scheme of the programmatic functions — where the narrower strip of land was allocated to the commercial plaza owing to its elevated frontage value, and the remaining land was utilized to anchor the lofty residential towers. The utilization of the frontage aspect was vital in the design process, as one of the intended forefronts of the conceptualised scheme was to create an urban interface that had a contemporary yet inviting persona. 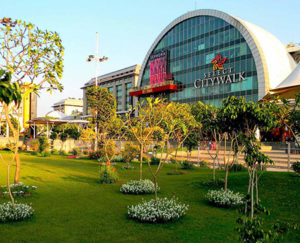 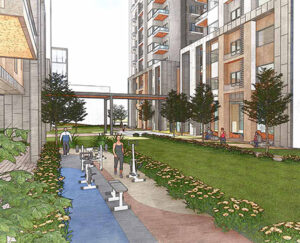 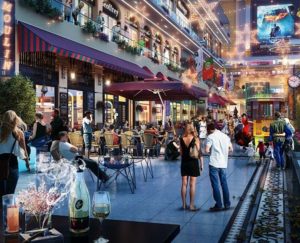 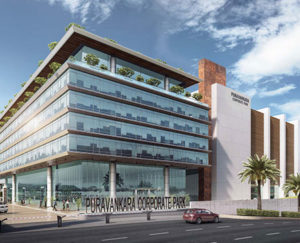