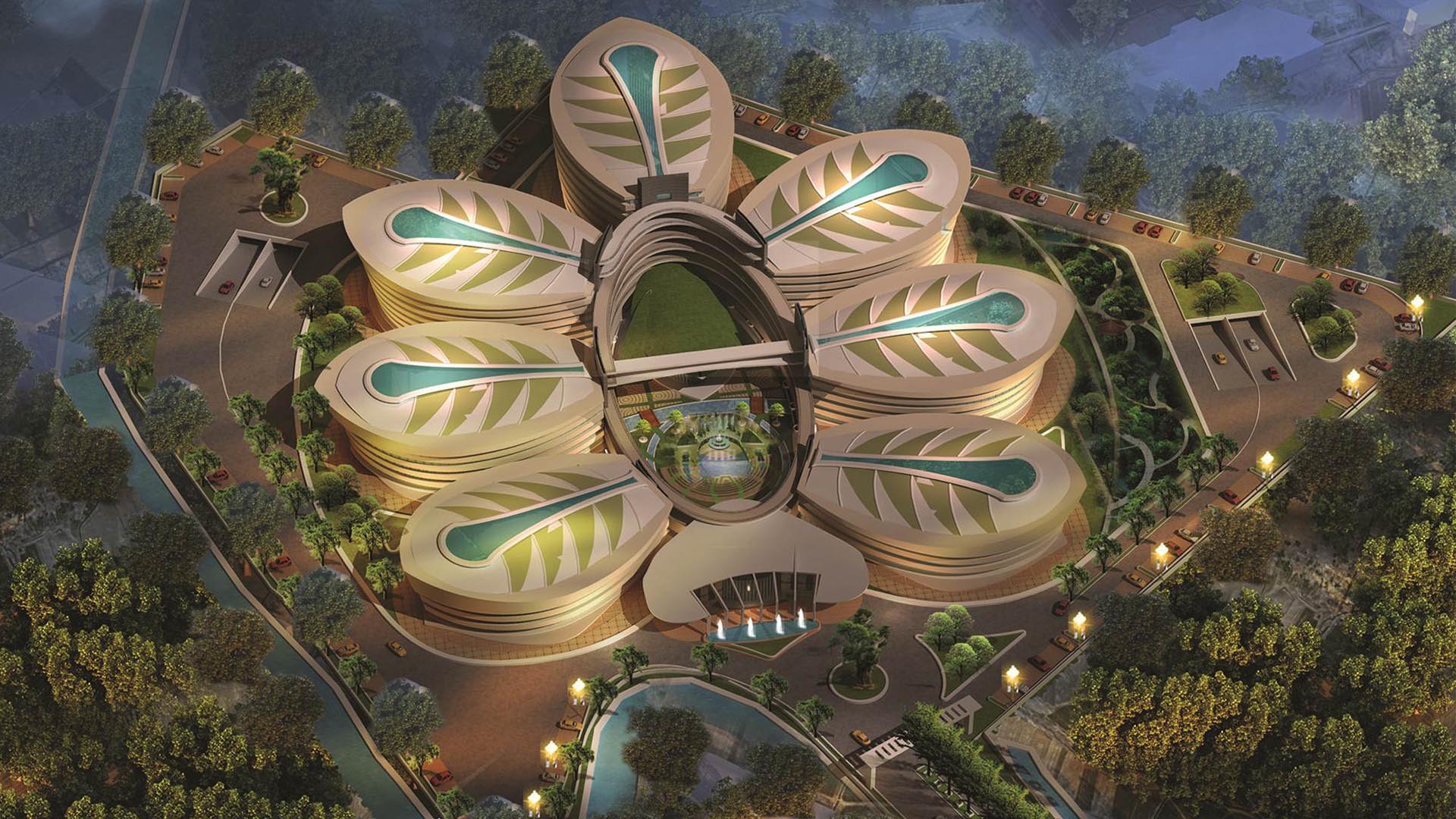 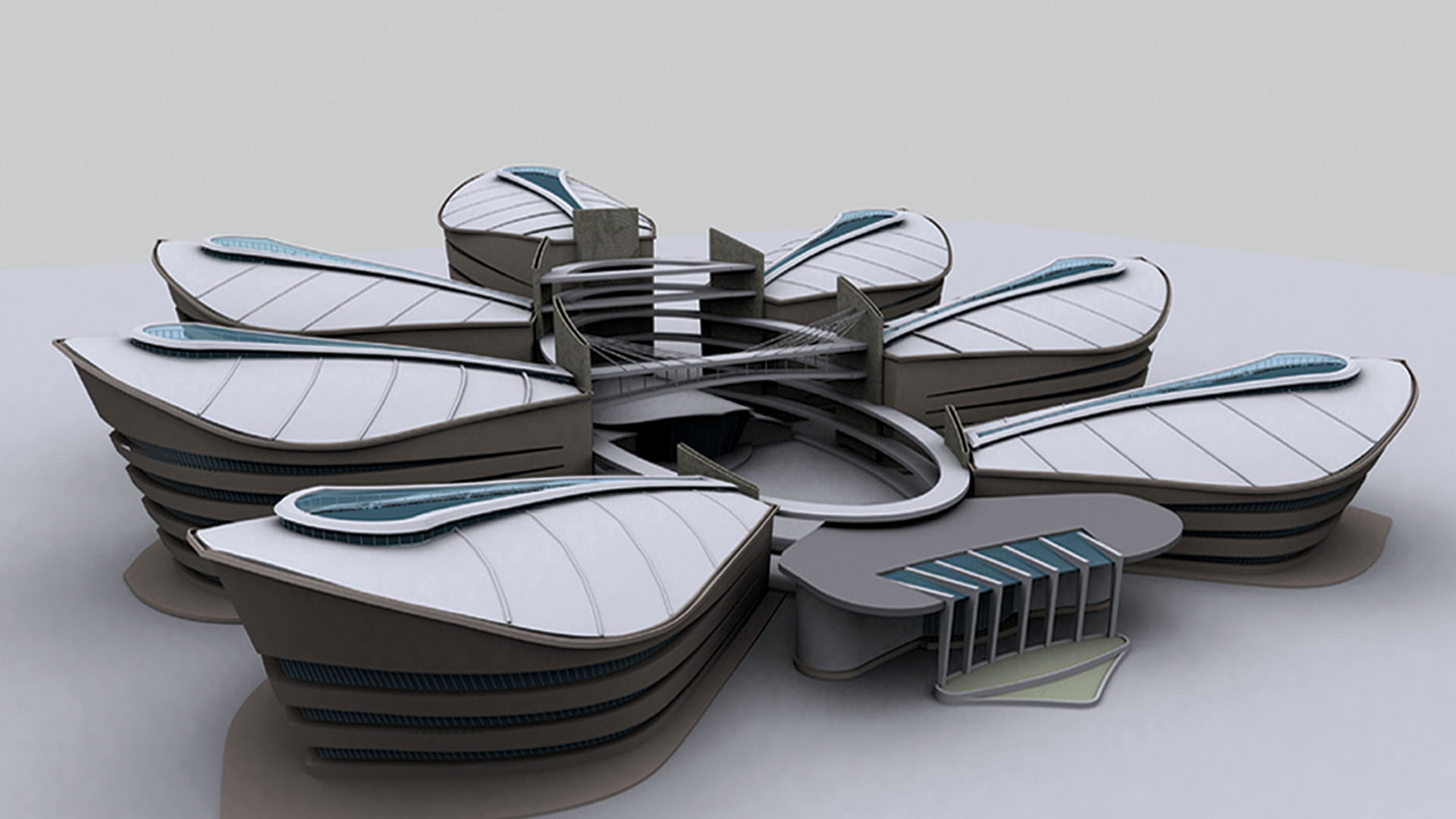 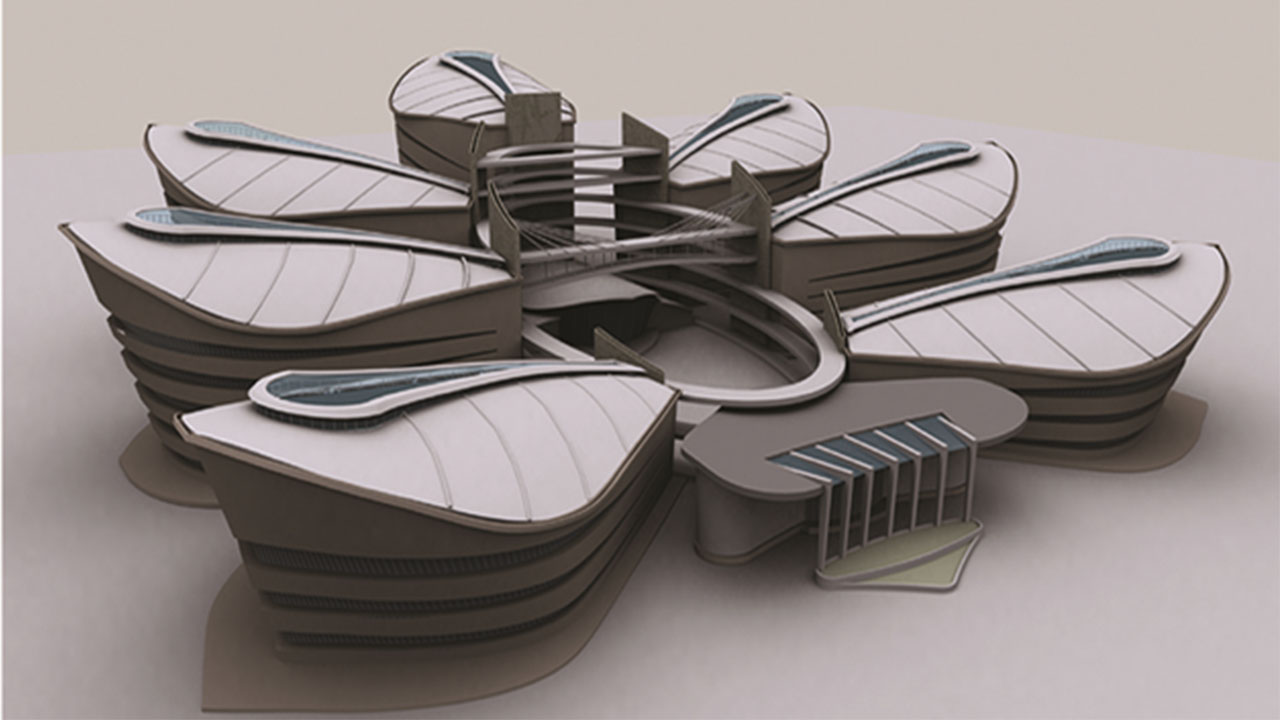 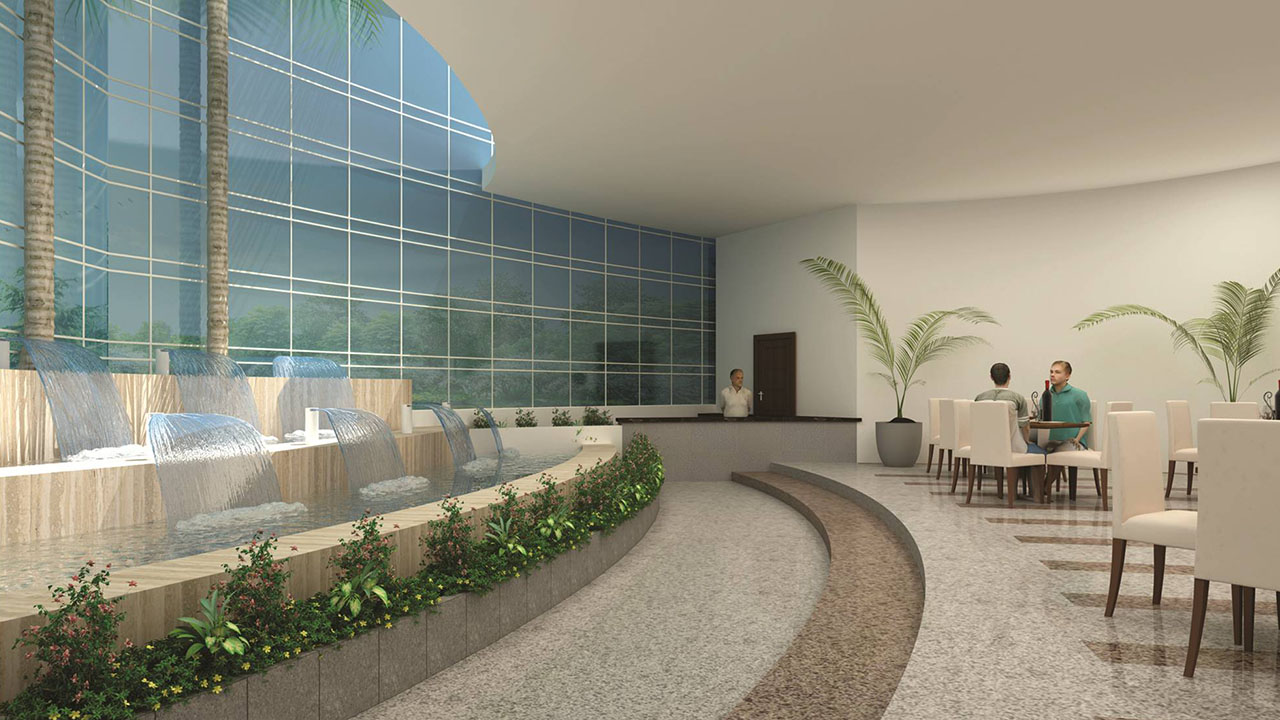 The Government of Assam has a number of directorate offices, ranging from revenue, transport to fisheries and agriculture, catering to the diverse portfolios under the state’s purview.
Their offices vary from 10,000sq ft to 50,000sq ft and currently are located in various parts of the state capital Guwahati, in public and private buildings. This scattered arrangement causes a huge drain on the government’s resources and is not functionally convenient for the public interface either. With this challenge in mind, the Assam Government came up with the idea of allocating a consolidated piece of land to house all directorates under one campus, the ‘Directorate Complex, Guwahati’ was therefore conceptualised.
The site is just off NH-37, connecting Guwahati with the entire North-East region of India, in close proximity to the Interstate Bus Terminus, a very visionary selection since people come from all over the state to access the directorate offices. Site is approximately 11.5 acres and allows for a total built-up area of 7,50,000sq ft of office space plus requisite parking and services infrastructure in basements and site, total planned construction therefore being 1.3 million sq ft.
The design challenges were straightforward, accommodating highly diverse portfolios with varied public interface in one campus, allowing for massive pedestrian and vehicular movement, both private, government and VIP, security and screening keeping the regional situation in mind.

The opportunities were therefore immense too:

Welcoming: The government offices are generally very intimidating and overbearing; there was an opportunity to create a built form which was more human in scale, growing as receding instead of imposing like a wall. The buildings, therefore, start small towards the front and grow in height towards the rear, blocks rising ground plus two to ground plus four, seven and finally eight floors arranged front to back.

Transparency: Equals visibility, comfort and therefore friendly spaces– all blocks are accessed through a semi-open corridor connecting the building blocks in a ring formation, all accesses visible and clearly identifiable.

Modularity: Common to all directorates, the occupied area is in multiples of 1000sq m or approx 10,000sq ft, therefore, design catered for a floor plate of approximately 20,000sq ft, able to accommodate even the two of the smallest directorates on one floor. All offices therefore could have their own dedicated floors allowing for exclusivity and privacy.

Form: The inspirations were many, a tea leaf, a crown on Maa Durga’s head, the loved name of ‘Seven Sisters’ that the region is known for, all contributed to planning with seven blocks of office buildings, centred with a spinal green, congregation and performance space.

The building blocks are ellipsoids with a central spine forming the circulation line, connecting the vertical transportation and toilet cores at one end to an atrium at the other end. The roof is a doubly curved shell allowing for bigger spans and structural efficiency.
Light:
Office blocks: Right over the central spine lies the skylight in the top roof which brings down light throughout the day. The corridors on all levels have slit-shaped cut-outs, allowing for light to filter down to the lower floors. The external glazing walls are slanted outwards as they go up to allow for reflected light rather than direct, helpfully reducing the direct heat gain that comes with it.

Basement: Large cut-outs at the ground level allow for light penetration to the basement levels, reducing the dependence on artificial lighting.

Security and Circulation: The plan allows for screening at all entries and critical points; the traffic flow is planned to cater for different loops for private vehicles, government vehicles and VIPs and most importantly buses for mass transport. High level of transparency and visibility in the public areas contributes greatly to sense of user safety.
Sustainability: It is the key design criterion. The complex is designed for Griha 5 Star rating, the most stringent of all. It has been facilitated more by design intervention than by systems and equipments: High levels of day lighting in the work spaces and basements, green roofs over office blocks with water channels to capture rainwater for harvesting, and natural ventilation in the corridors by virtue of their being open from sides. 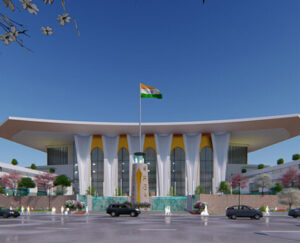