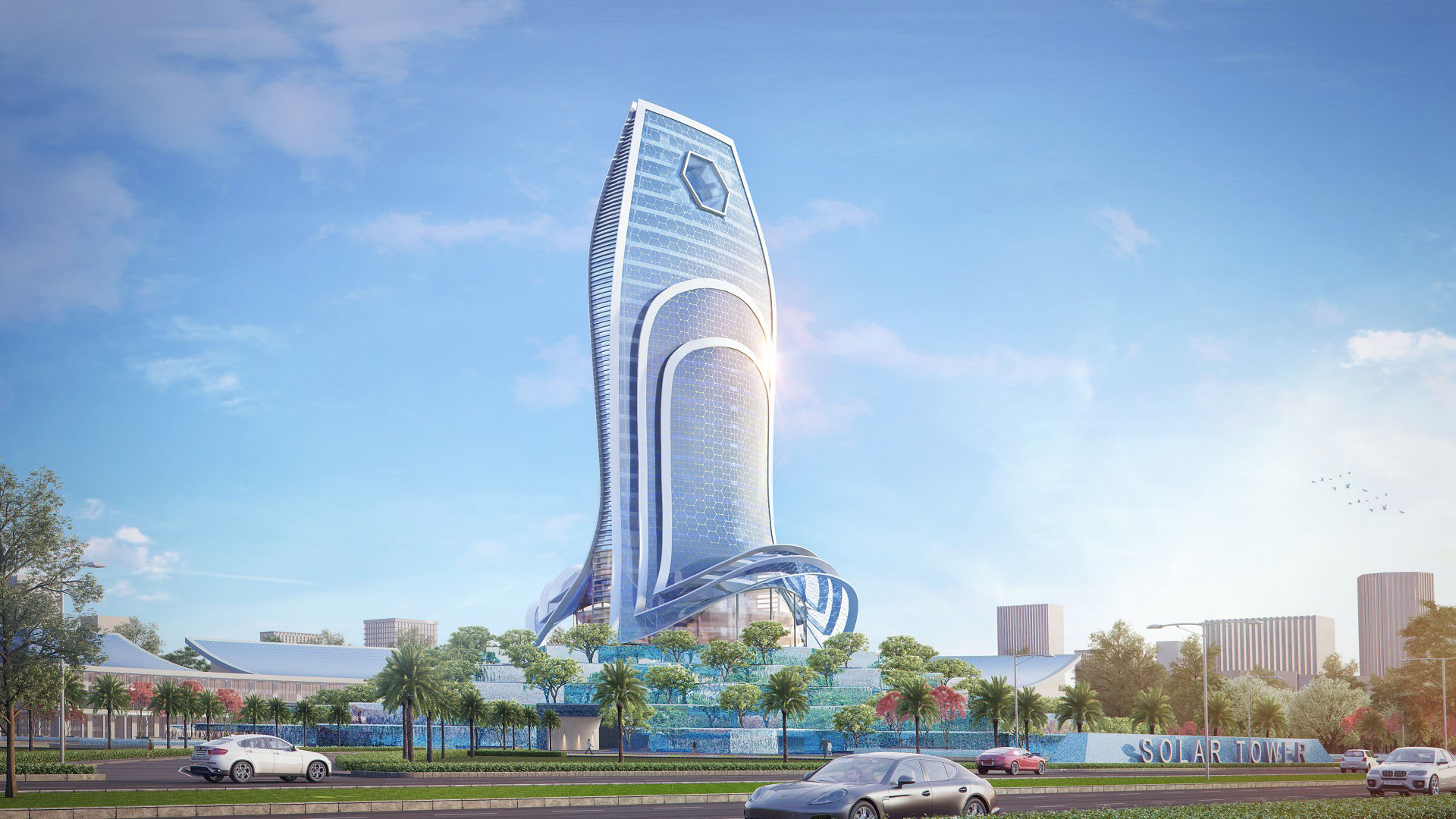 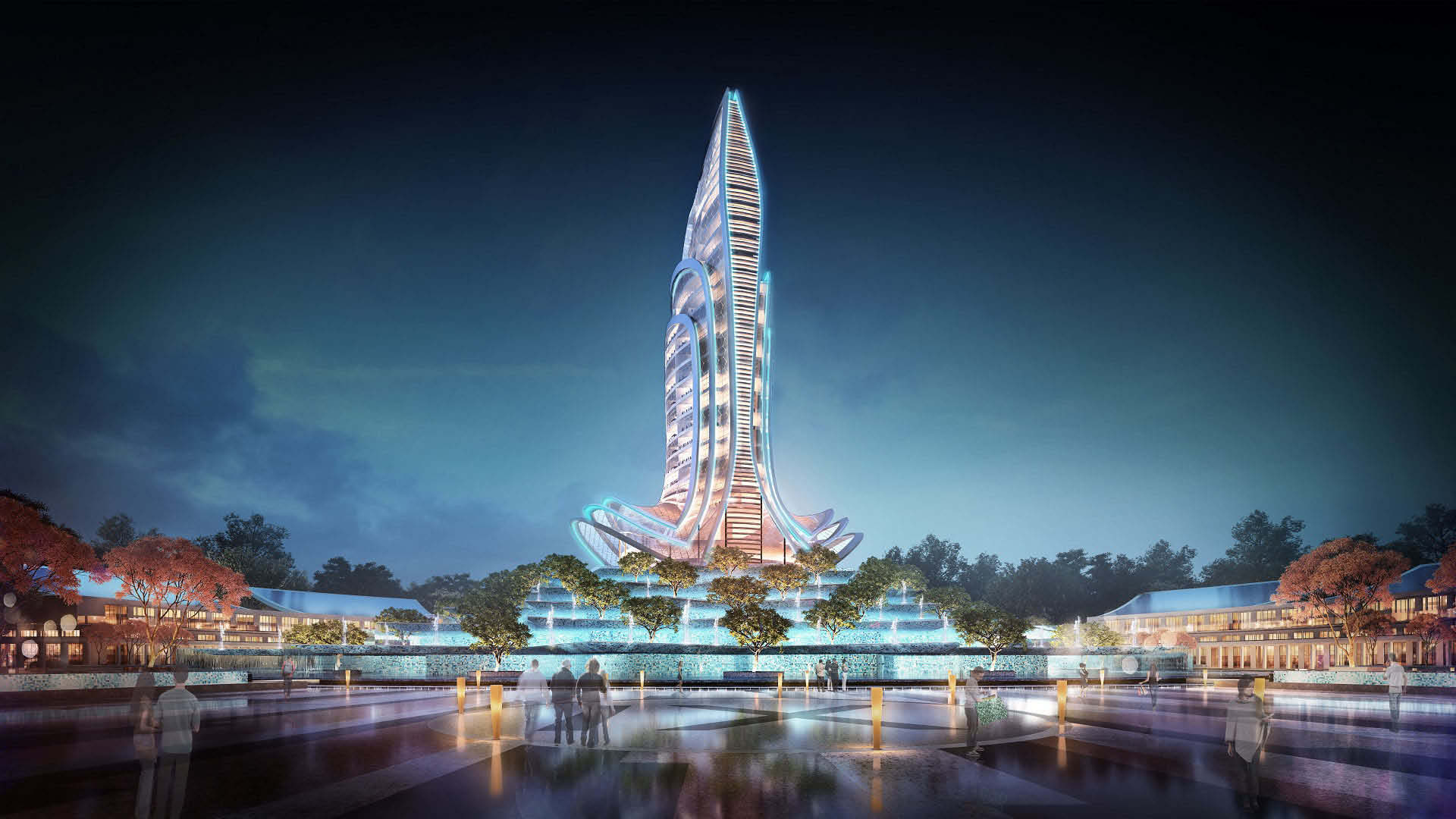 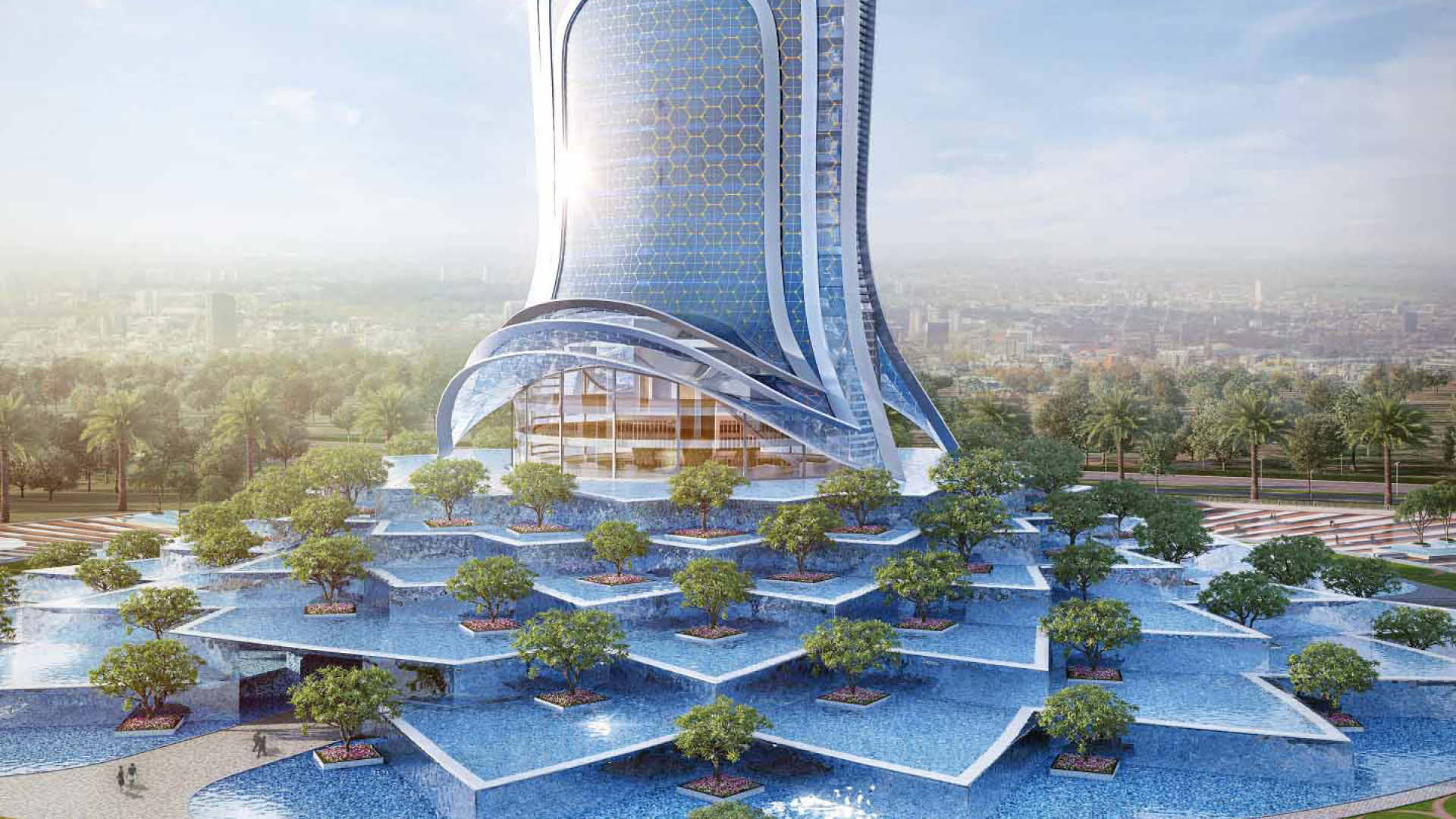 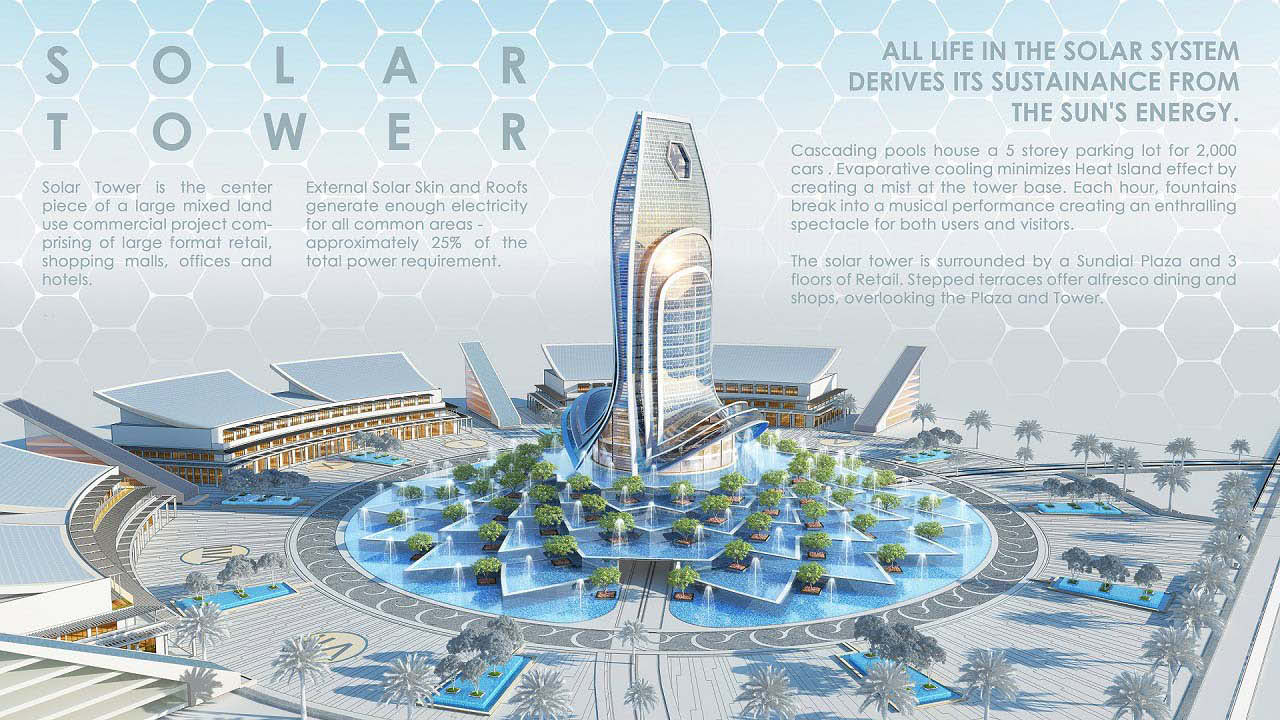 The Solar Tower is the centerpiece of an extensive, mixed land use commercial project comprising of large format retail, shopping malls, offices and hotels.
Studio Prescient has designed the external envelope of the Solar tower as a solar skin that angles itself to receive maximum sunlight and optimizing it for sustainable urban lifestyles. A sundial plaza surrounds the tower, the semi-circle of the retail is configured in a 3 storied structure with a concave sundial shaped solar roof. It also has a stepped profile with terraces at all levels that offer new alfresco dining, overlooking the plaza and the solar tower.
To minimize the heat island effect, the entire tower sits on top of an 8 stories parking lot for 2000 cars that has been ingeniously fashioned as a 25 meters high waterfall that creates a cool mist around the base of the tower, minimizing the heat island effect and also becomes a delightful visual and sensually soothing feature for the entire commercial district. The top of the tower has a hexagonal puncture that allows light to pass through it and creates a beautiful setup, oval within the shadow of the tower that moves radially along the surrounding plaza, making it into a modern-day sundial.
Every hour when the hexagon casts its outline on the hour sign, the giant waterfall breaks into a musical performance and live bands are heard playing in the solar plaza to create an enthralling spectacle for both users and visitors. The tower has been planned with the capacity to make this commercial district into a destination center with the SOLAR TOWER as its principal protagonist. 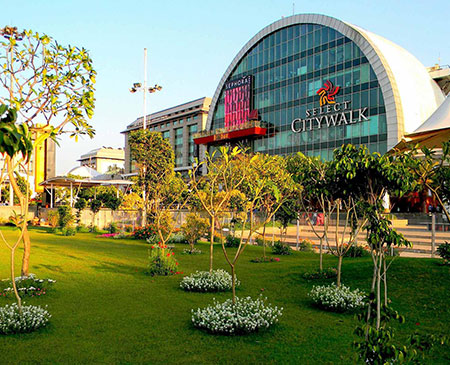 Few developments have been able to catch the fancy of the avid shopper, the connoisseur, the critic and the professional like 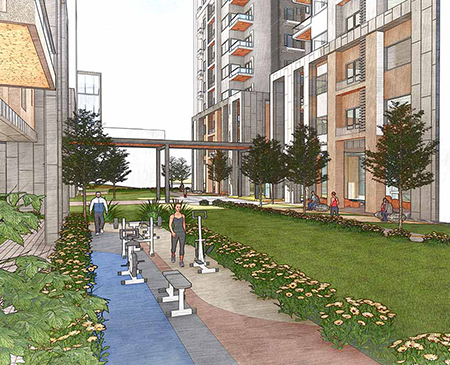 Located in the urban epicentre of Gurugram, Silverglades is a mixed-use development that establishes an equilibrium amidst va 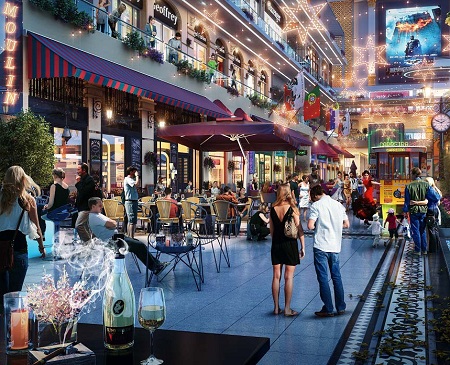 AIPL Joy Street is the one-stop entertainment hub for the residents of Gurgaon. Located in sector 66 on a 4-acre site, the op 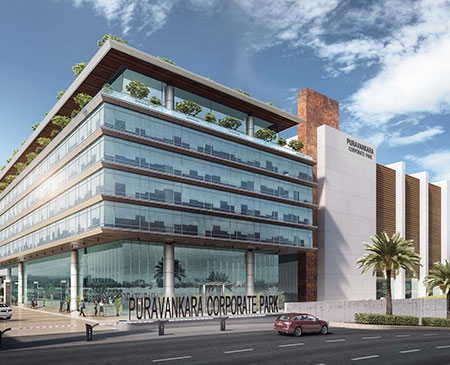 Resting on a 15-acre plot, the Puravankara Mall is developed as a mixed-use complex. Sited close to the Jubilee Hills check p