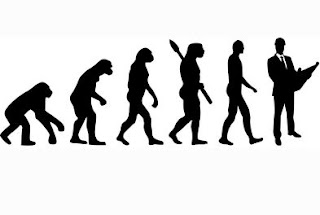 Commercial spaces have undergone many evolutions over the years. In the roman ages, with no common term, these were simply referred to as spaces designated to a person or a set of people to conduct official business. The Romans had a unique knack of spaces and thus were successful in formulating volumes which helped in organization and order for dealing with central bureaucratic processes which are clearly elucidated through the Pantheon as an example. From here, design dictums of a commercial space/office design like the idea of having space which enabled centralized administration came into existence.

However, the early 20th century witnessed a remarkable turn of events. It saw the invention of electric lighting, typewriters and calculation machines, communications devices like the telegraph and the telephone. The employers started realizing the links between finance and work efficiency. Expensive land prices, tied with the inventions of the lift and of steel frame construction gave rise to the skyscrapers. The skyscrapers allowed the employers to have workforces more than ten times the size to work on the same piece of increasingly expensive land.

Then came the Taylorists offices for which Frank Lloyd Wright could be credited for. The first commercially-viable Taylorist office was for a mail-order soap company in 1904. Wright’s attention to detail was one of the main highlights which extended to the design of the first ever ‘system’ furniture, desks sporting built-in cabinets and dividers to keep employees focused and worktops tidy. Having being built during the period of the Industrial Revolution, this office plan was very much like the strap system and the production line. The main idea behind a Taylorist office in design was to vastly improve efficiency in businesses for organizations that didn’t rely on manufacturing or manual labor. The first 30 years of the 20th century saw “miniature skyscrapers,” as well as “miniature Taylorist offices”.

The 1930s gave rise to a different approach on commercial spaces. Commercial spaces started being eyed as volumes which needed to be more aesthetically pleasing as well as spaces which had to be designed for efficiency and speed, rather than organization and manufacture. This was not a major departure from Taylorist principles. The aim was to achieve ‘warm and welcoming’ spaces for workers using radiant, streamlined materials to compensate for the lack of interaction with the outside world. One of the prime examples of this kind of office was Frank Lloyd Wright’s Johnson Wax Building, built in Racine, Wisconsin and the premises on which he achieved such a feat are incredible.

The Experience center of DFI could also be treated as one of the pivotal examples based on the same principles to be built in the recent times. Deriving inspiration from Ikebana, Japanese art and style of flower arrangement this iconic building is the sales and marketing office with an attached sample flat for Novell Ikebana, Neemrana. Since it sits on a highway away from the concrete chaos the location demanded an iconic building that integrates architecture and the surrounding landscape in a novel way.

Commercial spaces inhabit the human resources of a country who work for the betterment and development of the society. As designers, these spaces should be treated with warmth and proper understanding of spaces to ensure a unified and healthy organization within a premise.