Design Forum International is an architectural organization which was founded by three esteemed architects of our time, Goonmeet Singh Chauhan, Anoj Tevatia and Anand Sharma. After graduating from IIT Kharagpur, they started an architectural practice called Tevatia Chauhan & Sharma Architects in 1995 which was reincarnated into DFI in the year 2003. This practice was formed with a commitment to nurturing an egalitarian organizational ethos where distinctive architectural talent finds self-expression and can contribute in a democratic and collaborative work environment. DFI is a growing team of over 100 distinguished professionals. At DFI each project is executed with sanguinity, excellence, and veracity, with the intent of leaving a great legacy behind each piece of architecture that is built and designed. DFI’s prime objective is to achieve excellence in design, perfectly in balance to both time and cost.

The year 2016 has been very eventful and momentous for DFI. The organization is proud to announce the addition of three new states into its presence in India, Jammu & Kashmir, Andhra Pradesh, and Bihar. DFI thinks of itself as the custodian of the Built Environment and is determined to have a strong national presence. 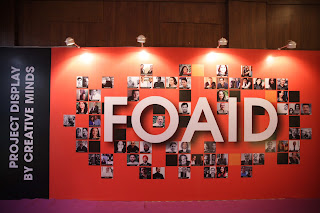 FOAID is a two-day festival which celebrates the glory of Indian Architecture and Design by creating a benchmark where the stalwarts & the future designers share a common platform to discuss how the design world has transformed & innovated to create a future of spellbound figures. FOAID is a festival of creative minds to meet & discuss the new facets of the design fraternity. This year it had a gathering of 3000+ design professionals who actively participated in the festival. The National Conference had a power-packed presence with 400+ registered delegates from across the country. It was a momentous occasion for DFI as one of its founding partners, Mr. Goonmeet Chauhan was honored as a jury member in the category of ‘Architecture Residential Apartment’ at FOAID 2016. 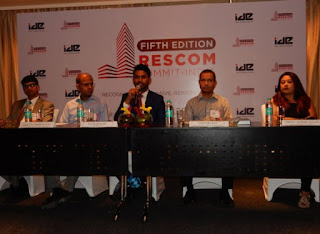 A first in the B2B industry, RESCOM is an event that brings together Procures (builders, developers, PMCs, architects and designers) and Suppliers from across India onto a single platform to interact and ink deals on the spot. The Summit aims to bridge the gap between the two segments by ensuring that key decision-makers from both sides are a part of the summit and have first choice on the brands. DFI was proudly represented at 5th Edition Rescom Summit by one of its founding partners Mr. Anoj Tevatia who gave a short yet inspiring welcome note as well as conducted a stimulating key note session on Building Architecture.

In the year 2016, DFI and its projects were featured in many publications. ‘An Ode to Modern Living’ is an enlightening article on contemporary apartment meets eco-friendly techniques written by Mr. Goonmeet Chauhan which was featured in the Home section of India Today magazine. An article on Hospitality and Architecture by DFI was published in Hospitality Biz Magazine. The magnificent and iconic structure Gulf Adiba by Design Forum International was featured in Descroll design feeds. Cyber walk Gurgaon was also featured in Perspective Global. DFI was also featured in Attitude Interior Design Magazine for designing the iconic 380m long elevated walkway in Kolkata to regenerate one of the city’s busiest neighbourhoods. 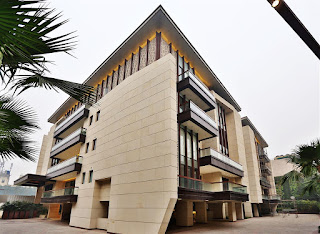 DFI undertook colossal and unique projects in 2016. With erecting Botanica, DFI created an innovative mark in the contemporary residential building typologies by creating ultra-luxury 3 side open apartments in the heart of Delhi. A lively ground level with ample parking, grand entrance lobby, kids play zones, connected sporting facilities and club form the main attraction of the development. Use of new age materials and double skin is done to create an iconic facade as well as cooler and healthier environment inside the dwelling units. 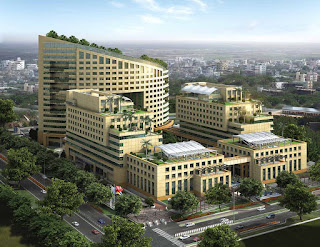 Cyberwalk was intellectualized as a self-supporting green building within a 150-acre information technology campus in Manesar, Gurgaon, full of trees, plants and lush greenery, far away from the methodical office space made of bricks and mortar only. With this project DFI endeavoured to create a niche Office Space Development with a unique green environment, keeping the requirements of corporate end users in mind. Cyberwalk is a LEED Gold certified green development, that shows our commitment towards creating an environment friendly, efficient and lower operating cost facility in line with the requirements of a corporate office occupier. 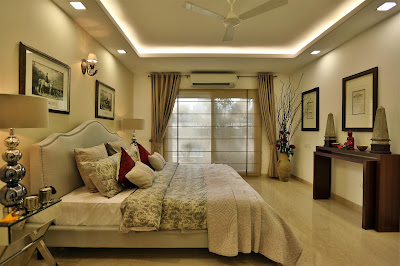 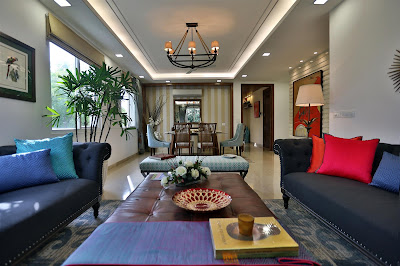 DFI created some luxury and beautiful residential homes, such as, Garden Apartments, situated in the posh area of Greater Kailash, New Delhi. It is Architecturally inspiring in both appearance and function, Garden Apartments in Delhi, radiates a warm Indian modern allure draped in sophistication and delight while conveying a sense of strength, volume and boldness. The extraordinary luxury residence epitomizes the next level of modern view estates in New Delhi. The modern design of the residence reflects a style that is a perfect union of straight and formal lines. The architect relies on them to create each part of the ensemble. achieving a perfect balance between great aesthetics and functionality.

Araham is a universe of ostentatious farmhouse living resplendent with opulence and elegance. Araham offers high end luxury villas located in a posh colony of South Delhi, wherein the idea is to create a handpicked dream home. The villas follow the principle of minimalism in outer form interweaving landscape with internal spaces. Exterior built form demonstrates a nice play of modern materials like wood, glass and stone. These villas are built in three levels follows a modern contemporary layout plan which allows flexibility to add spaces without having any dead ends.