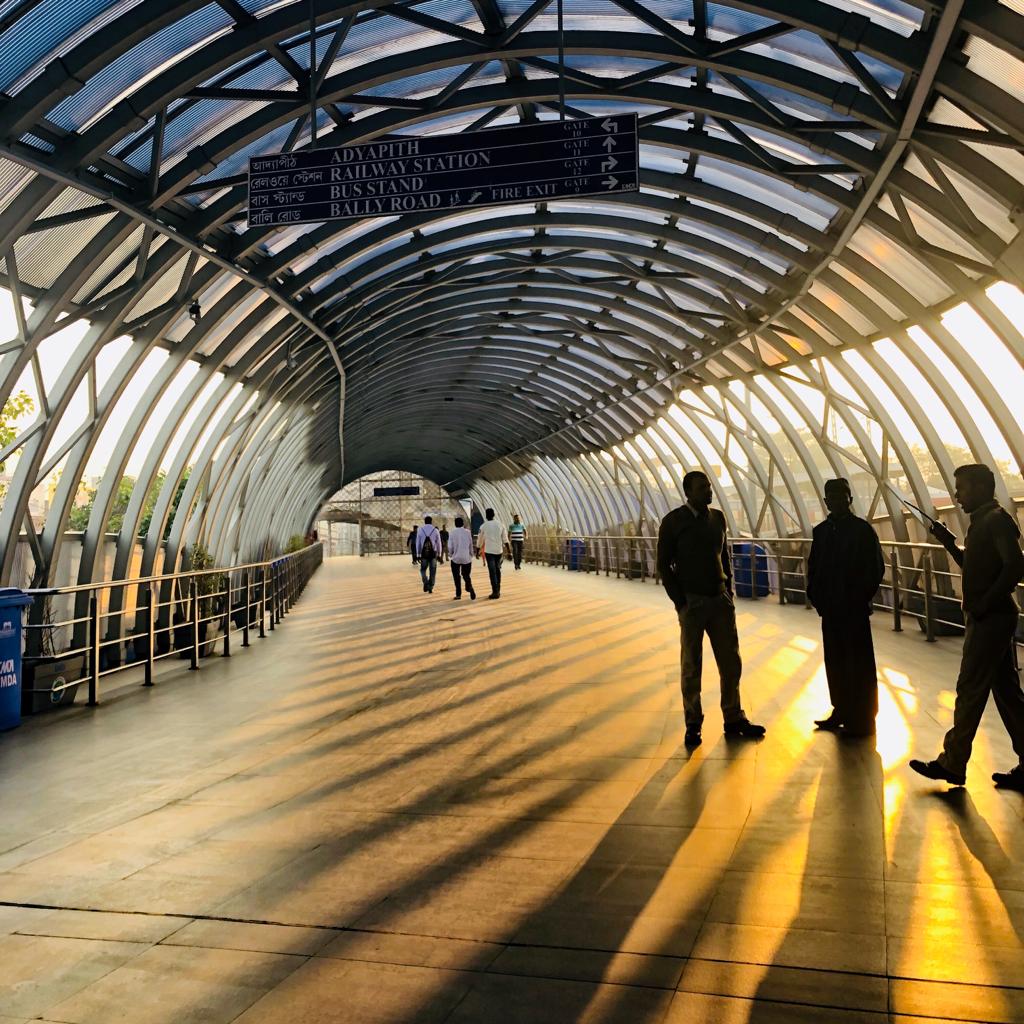 The stretch on Kolkata’s Rani Rashmoni Road leading visitors to the Kali Dakshineshwar Temple had been grappling with severe congestion. Devotees throng the iconic seat of Hindu worship in the thousands, and footfalls swell up tremendously during festivities.

Moreover, vehicles used the same road to navigate, and scores of peddlers had set up shop, selling puja merchandise to make a living. Such inconvenience was uncalled for, and a matter of concern that needed to be addressed in earnest.

DFI drew up a proposal for a 340-metre long, 10.5-metre-wide elevated walkway that would decongest the street, transport worshippers above grade, while also relocating hawkers to modular shops lined uniformly along the centre of the structure. The walkway is modern, and futuristic, ensconced in glass and steel, its prominent, curvilinear profile heralding a new architectural language, proclaiming to be a one-of-its-kind avant-garde intervention that had no precedence in the city.

The Dakshineshwar Skywalk has been realized as a robust symbol, a landmark complementing Kolkata’s series of iconic bridges that span the Hooghly. Designed with meticulous attention to seamless egress, and the scope of better livelihood for hawkers, it capitalizes on the existing commotion in the neighbourhood. Combining modularity, fluidity and dynamism with playful aesthetics, it aims to identify itself as not just a functional solution, but as a visual spectacle that would inspire citizens and become integral to the narrative of the city itself.

In the long run, projects such as the skywalk in Kolkata hope to be perceived as influencers of urban morphology, embodying fundamental design principles as well as cutting-edge technology, a contemporary response to protracted mobility issues. The physical translation of the concept resonates with the dynamism and energy of the citizenry — the pulsating waveform a palpable expression of its hopes and devotion.